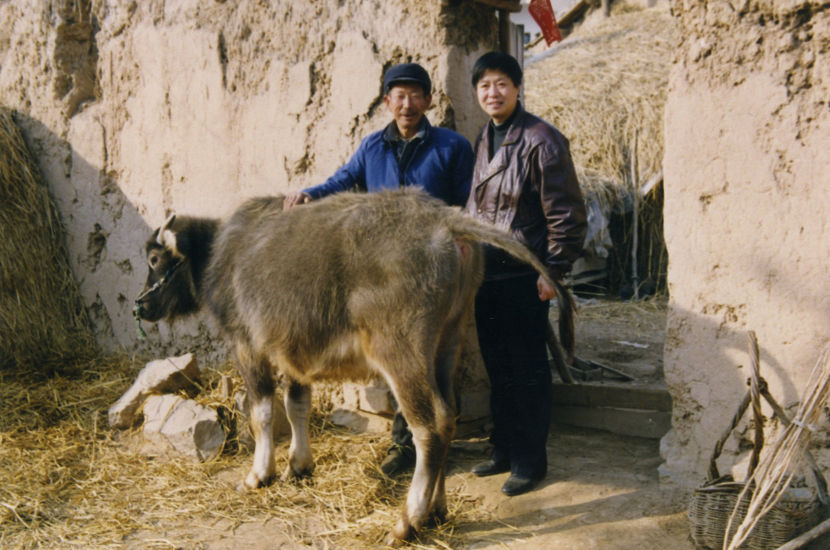 Interview with Mr. Qiu Zhonghui, Board Chair of Amity Foundation (Part One)

From 1981 to 2021, foundations in China have gone through a 40 years old journey. For 36 years, Amity has witnessed, participated in and benefited from the development. Mr. Qiu Zhonghui, the Board Chair of Amity Foundation, was recently interviewed at the China Foundation Forum. (Part Two / Part Three)

The interview was slightly edited for better understanding.

During these 40 years of development of the sector, my experience is relatively simple. I was a teacher for the first 10 years, and then devoted myself to Amity for the next 30 years. I majored in English-teaching, and became a college teacher after graduation. While I was a teacher, I also did some translation work related to the English language.

Later, I came into contact with Amity Foundation and got to know Bishop KH Ting, Amity’s Board Chair at that time, and Mr. Han Wenzao, the General Secretary. Their dedication to the development of Chinese society greatly affected me. Witnessing Amity’s inspiring work at a time of social poverty at that time prompted me to make another choice in life.

Following Deng Xiaoping’s famous tour of southern China, China experienced gradual economic reform, and more people chose to venture into business. Many college teachers delved into the “sea” of business, including myself. But while others were aiming for making money, I was supporting charitable causes. Looking back on the past thirty years, I believe that I made the right choice, which has led to a life far richer in experience.

Teaching is very different from providing social services. In the 10 years that I worked as a teacher I had only been on one business trip – an exchange program with Shanghai International Studies University. After joining Amity, trips became a common part of my life. I traveled at least two to three times each month.

Moreover, the working environment is completely different. Universities are like ivory towers and I was always surrounded by young students. I had always lived in a relatively developed eastern city and rarely traveled anywhere else. The only time I did travel was a business trip to Shanghai. However, working for Amity Foundation, I was required to travel all over the country. Most of the project areas were impoverished and less developed. They are usually located at the Chinese border and inhabited by ethnic minorities.

The working conditions back then were much worse than today, especially transportation, accommodation and other aspects. Although we faced many challenges, it was a meaningful life experience for me, as I got familiar with working in the field, which differed greatly from my previous work in universities. To me, there is a uniqueness of working for public welfare.

Firstly, the motivation to engage in charity is relatively strong. It can promote social justice, enhance our well-being and narrow the gap between the rich and the poor. Working in this sector also stimulates our spiritual needs for self-realization.

Secondly, the satisfaction gained from engaging in social service is greater. To see our work actually improve the life and livelihood of those in need gives us with a sense of accomplishment and fulfillment.

Thirdly, engaging in social service enriches our lives. Charity is a cross-sector approach that requires us to make connections with all aspects of society. As a result, I have come into contact with many people from different fields and professions. I worked with experts and scholars, farmers and villagers, gradually developing a richer understanding of our society and making friends along the way. Thus working in social service became an important source of personal enrichment, and greatly benefited my personal growth.

Lastly, working for the public good requires us to be rigorous and honest. Because the money we spend is from donors, we must think about how to make our work more transparent. This requires us to stay responsible thoroughly and avoid making mistakes. This way we can reassure our benefactors, the society and benefit the recipients.

On National Day in 1998, I went to visit the Baise area in Guangxi province. It was an impoverished area where Deng Xiaoping led the Baise uprising in the past. Lingyun, a county in the Baise area, is located next to a steep mountain. We made an appointment with the locals and agreed to bring equipment up to the mountaintop on National Day, planning to play movies for the locals and celebrate the holiday together.

Before setting out, we had dinner at the foot of the mountain at 4:00 that afternoon. Because of the heavy rain, the ground got extremely slippery. I had never walked on such a muddy road before, nor was I an experienced hiker. After dark, I couldn’t even see the road, eventually falling over and dropping my camera satchel in a puddle. In the end, we walked for more than five hours, finally reaching the mountaintop at 10:30 that night.

People who lived in villages slept early back then, and normally we could not find anyone on the road at seven or eight o’clock. But that day, when we arrived at the village hall, all the villagers gathered in the square around a bonfire. It turned out that everyone was staying up late, waiting for us to show up from the darkness. That night, we sang and danced together, and enjoyed the movie. Everyone was so happy. As a young man , I arm-wrestled with the villagers. Arm-wrestling requires technique and even though the arms of those youngsters were all much stronger than mine, I managed to beat all the villagers eventually.

There was no place to sleep at night, so I put some desks together in a classroom and used them as a bed. The next day, when we went downhill via the same route, we were all dumbfounded. What we didn’t realize in the darkness of the previous night was that the path we chose turned out to be extremely close to the edge of a cliff. Realizing that, I broke out in a cold sweat and could only continue on in silence.

This trip to Baise left a very deep impression on me. The mountain road on which we walked once was what the locals had to face every day. We resolved to fix the most difficult section of that road, hoping to improve the livelihood of the villagers.

More than ten years later, the villagers in that area participated in the 25th anniversary celebration of Amity Foundation. To this day, whenever Amity staff visited the village, the people still ask about how Mr. Qiu is doing. Their caring has shown me the mutual nature of love, which has given me great fulfillment. Up to this day, a local farmer calls from time to time to tell me how they are doing. To me, this kind of sincere communication between people is invaluable and priceless.

Everyone has their own definition of accomplishment, and mine are the examples I shared above. While our work may sometimes seem to have just a little bit material impact, these experiences gave us much more spiritually. Once, when I was attending an event in Yunnan province, a local woman came up to thank me. I was very surprised. We didn’t know each other, so I did not realize what she was thanking me for. It turned out that she had received public health training from Amity in Yunnan, and later worked on AIDS prevention and treatment, especially for orphans with AIDS. She said that the training made her fall in love with the work and later she set up an organization to help more AIDS orphans. By providing training, we lit a torch and brought these social issues to the attention of the public. This I believe that is the true value of our work.

Another proud achievement was the transformation of Amity during my tenure as General Secretary. With China’s growing economy , there was an increasing concern about the sustainability of Amity. What will happen if our funding sources overseas are reduced or even cut off in the future?

To deal with the challenge, from April 2004, we set up a team for domestic fundraising. In 2005, our annual fundraising exceeded 100 million RMB for the first time (which was the highest amount ever raised among all foundations at the time), with more than 95% of the donations coming from overseas. Now, over a decade later, we are proud to say that Amity has achieved the goal of increasing its total fundraising, while changing the Foundation’s resource structure. Nowadays, over 90% of our resources come from domestic sources, which is a huge change.

However, I do have some lingering regrets. For instance, after taking up a leading position, I no longer have enough time to work on projects in person nowadays. During the thirty years of Amity’s journey, a booklet is compiled every five years to summarize our work. In the Amity 10th anniversary booklet, we also recorded quotes from each staff member, and mine reads, “What is the most challenging project in China today? It is poverty eradication and development in less-developed areas. As I set foot in those areas and witnessed the hard work of the locals who defied poverty and hunger, I was driven to give my life to this magnificent project.” This sentence has encouraged me during my most difficult times. This encouraged me to undertake this work for the rest of my life. Later, when I became the head of Amity, it became difficult for me to continue working at the frontline. Although I understand my responsibilities have changed, I still have a feeling of regret in my heart.

You are donating to : Reflections on 30 Years of Service with Amity