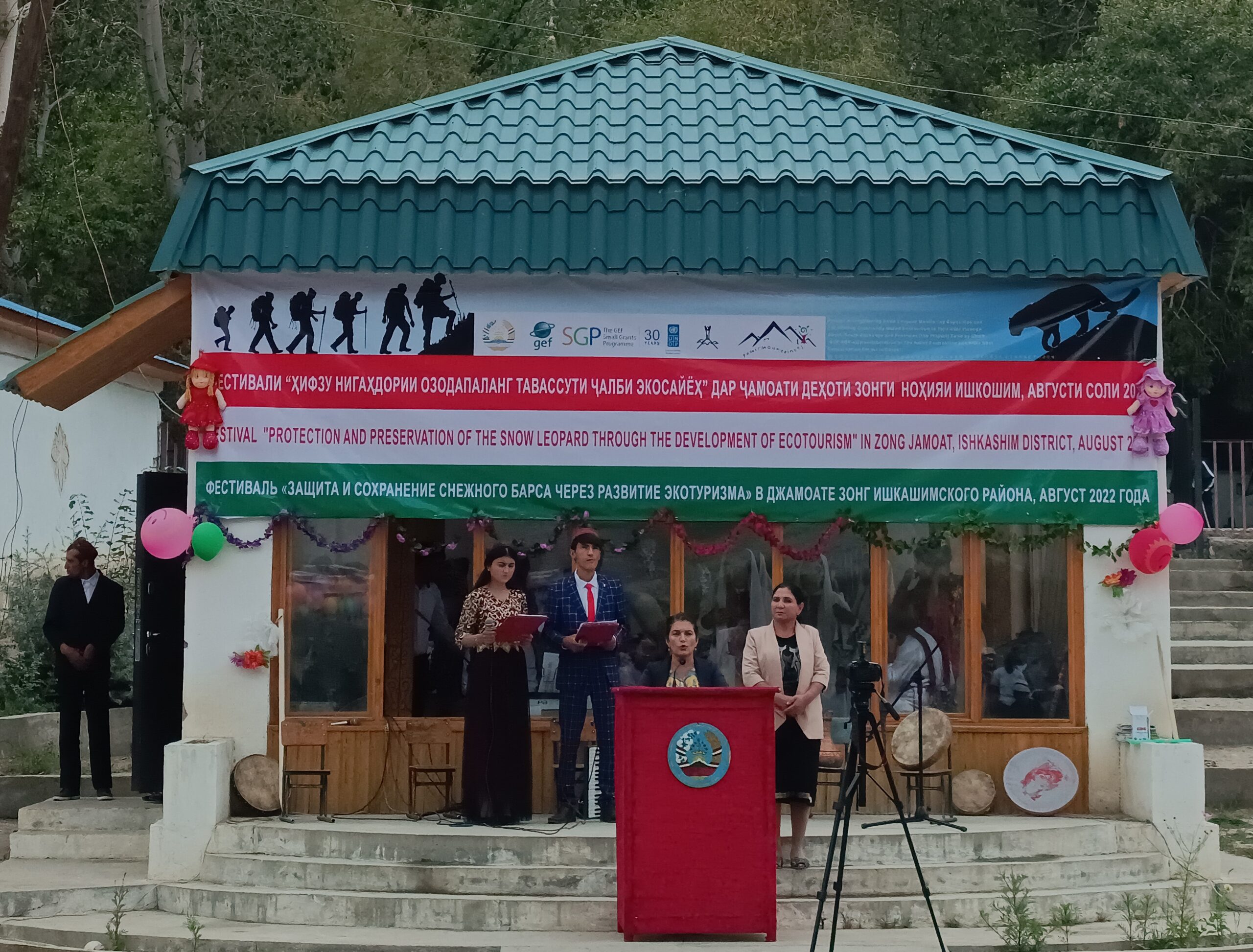 On 20th August 2022, a one-day festival titled “The Protection and Preservation of the Snow Leopard through the Development of Eco-Tourism” was held in the village of Langar, Zong Jamoat, Ishkashim district of the Republic of Tajikistan.

The wildlife-themed festival was one of the events under the “Strengthening Snow Leopard Monitoring Capacities and Facilitating Community Based Ecotourism in Tajikistan through South-South Exchange and Practices” Project. This Project is funded through the United Nations Development Programme Global Environment Facility Small Grants Programme and supported by The Amity Foundation and Shan Shui Conservation Center. Local implementation of the Project was carried out by the Tajikistani NGO “Kudak va Jomea”.

The festival was held under the general motto “Human, Culture, Nature”, in close cooperation with the local government of the Ishkashim region, the Regional Department for Environmental Protection, and the local NGO “Kuhhoi Pomir” (Pamir Mountains).

The festival was able to gather about three thousand spectators. About a hundred villagers of Zong Jamoat, had volunteered to take part in the implementation of the Project. Among them were not only schoolchildren and teenagers, but also people of the older generation.

Presentations, competitions, short performances, speeches by officials and elders were given at the festival. Booklets were distributed about snow leopards and developing community-based ecotourism based on the protection and conservation of the snow leopards. The locals also showcased national food, clothes, dances, dances, chants, crafts, handicrafts and other elements of living culture.

Taking into account cross-border movements and the movement of the snow leopards, local border guards were also invited to the holiday. Visitors enjoyed free meals of Wakhan pilaf, a local dish.

Speaking to Amity correspondents, prominent Tajikistani snow leopard researcher and naturalist Dr. Qurbon Alamshoev expressed his hopes that the festival could become a platform where people could talk about the snow leopard, local economic opportunities, and the protection and conservation of the surrounding wildlife throughout their daily lives.

You are donating to : Wildlife Festival in Tajikistan Raises Awareness of Snow Leopard Conservation