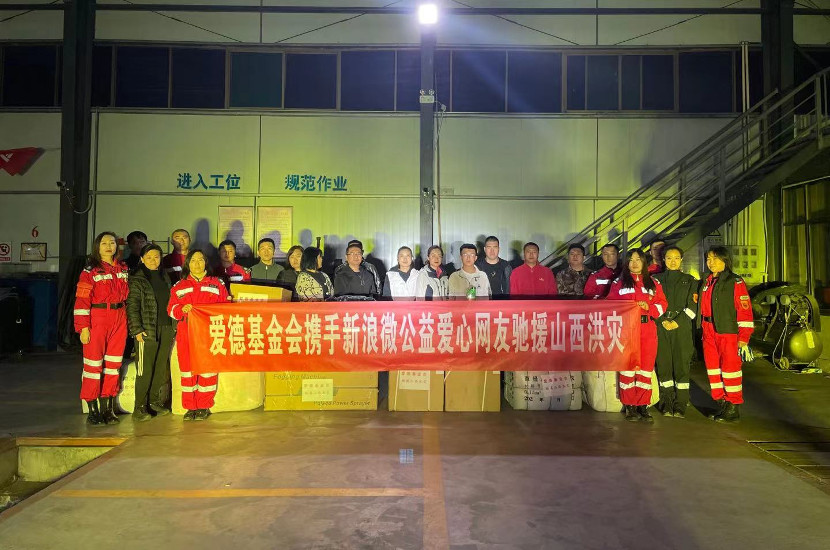 Continuously downpours in Shanxi Province over the last few days caused heavy flooding and affected more than 1.75 million people, according to China Daily. Media reports at least five casualties and more than 120,000 evacuated people due to the natural disaster. Since the start of the month, the arid province has experienced much more rainfall than usual, which damaged and destroyed infrastructure, industry and caused more than 17,000 houses to collapse.

The Amity Foundation started an emergency response project on October 9 calling for donations to bring relief to the victims of the disaster. Working with local partners in Shanxi, Amity conducted initial need assessments and delivered the first batch of relief supplies in support of local rescue teams on October 9 to the most affected areas. The first batch includes rescue equipment as water pumps, life jackets, rain pants, and headlights among others.

On October 11, two Amity staff members arrived in Shanxi to further assess and coordinate the relief work. Based on the situation and needs on-site, Amity will continue to support the people in affected regions of Shanxi accordingly.

You are donating to : Amity supports people affected by flooding in Shanxi