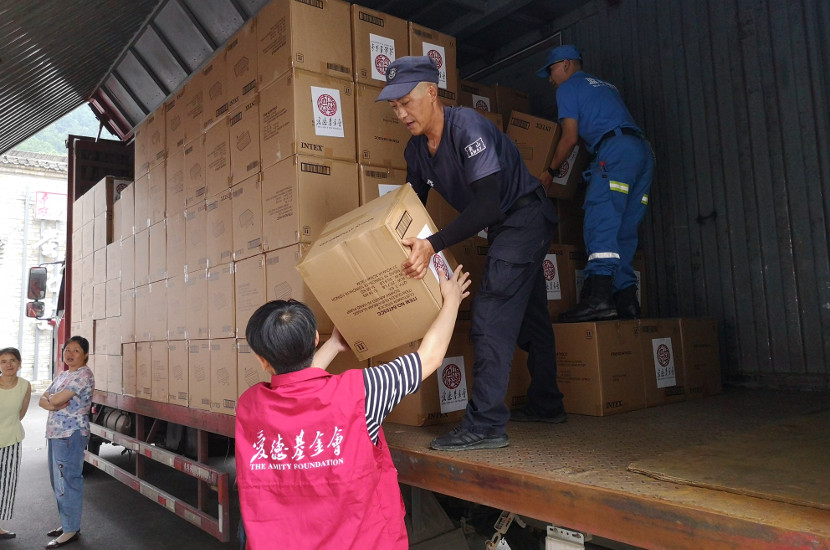 Since the beginning of June 2020, heavy and continuous rainfall has caused widespread flooding and destruction in large parts of East-Asia and Mainland China. The Amity Foundation has started an emergency disaster relief program and supports people who are most affected, displaced, and in need of basic necessities as food, hygiene, and shelter.

In particular, the Yangtze River region is affected by the highest rainfall for decades and record levels of flooding. Until July 22, the Amity Foundation has invested more than 1.91 million yuan in emergency aid to provide various relief supplies to people affected in six provinces, municipalities and autonomous regions of Jiangxi, Guizhou, Anhui, Hubei, Chongqing, and Guangxi.

In August, the Government of the Hong Kong Special Administrative Region provided a grant of HKD 5.798 million to Amity Foundation, Hong Kong, to bring relief to flood victims in the Mainland. The grants provide rice, cooking oil, quilts, and household items to people in Anhui, Guizhou, Yunnan, and Hunan province. The Amity Foundation is distributing a total of 565,850 kg rice, 11,317 bottles of cooking oil (5 liters per bottle), and 6,661 quilts to approximately 46,200 beneficiaries (11,317 families), until the end of September.

You are donating to : Amity brings relief to people affected by devastating floods