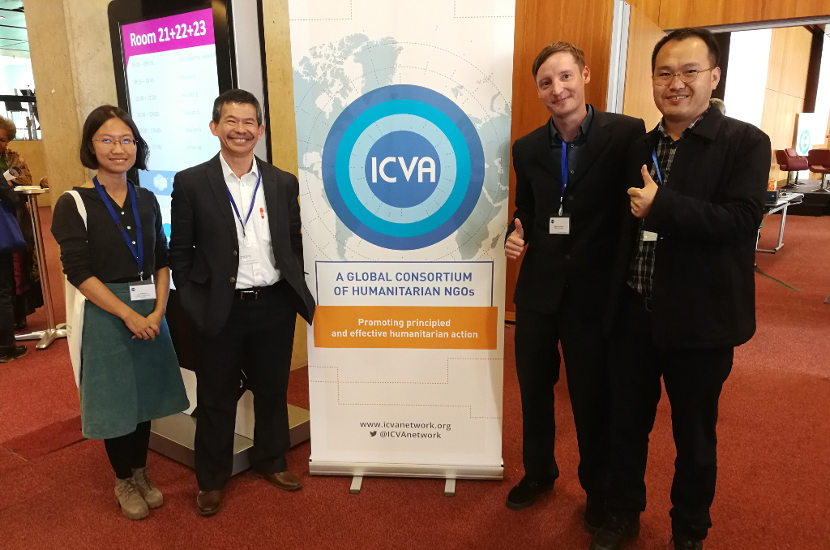 ICVA, established in 1962, is a global network of non-governmental organizations engaged in humanitarian operations. ICVA is also a member of the Inter-Agency Standing Committee (IASC), the world’s highest decision-making body for humanitarian assistance.

ICVA is committed to promoting communication, dialogue, and coordination between United Nations agencies and non-governmental organizations in humanitarian operations, thereby influencing the strategic directions and policies of international humanitarian operations. The ICVA secretariat is located in Geneva, Switzerland. It also has three regional offices for Asia Pacific, Africa and the Middle East/North Africa. It currently has more than 100 members and works in 160 countries around the world.

After Amity became a founding member of the ACT Alliance in 2010 and an organization in special consultative status with the United Nations Economic and Social Council in 2014, joining ICVA represents a further achievement of Amity in its internationalization strategy.

You are donating to : Amity becomes a member of the International Council of Voluntary Agencies (ICVA)