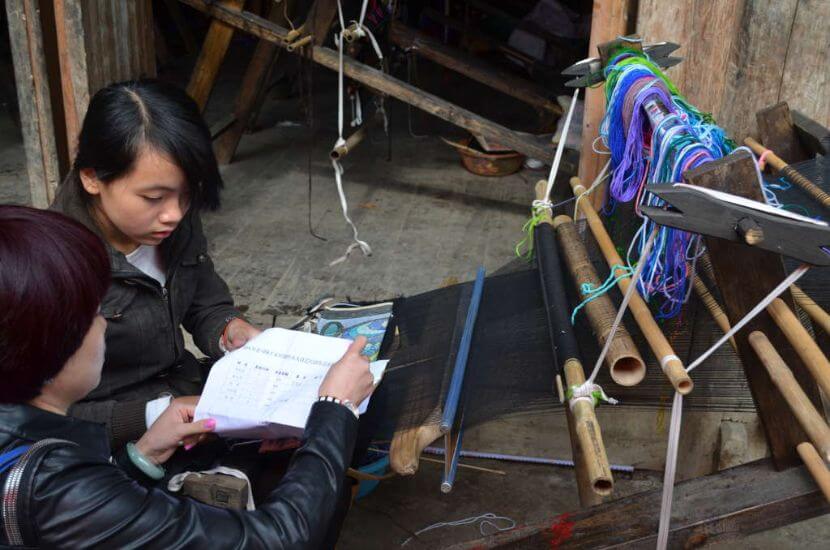 On the way to a rural development project in Laosicheng we pass by various villages. Here, in the mountains of Hunan province, life is simple and people are mainly farmers. Occasionally a truck loaded with coal is passing by on the tiny mountain road. “The village populations are mainly elderly and children. Most of the people go to the cities looking for work,” explains our companion, a woman of the local government. “It is hard for us to attract industry and fight poverty.”

It is very busy at the time we arrive at our destination. It is a huge site excavation. We are in the autonomous prefecture of the Tujia, one of the 55 official ethnic minorities in China. During the feudal history of Chinese Dynasties, the Tujia, as well as many other ethnic tribes, were kingdoms or principalities. Thereby, they were integrated into the ancient imperial political structure through a native chieftain system called Tusi system. They were subordinated to the central government, but also enjoyed a relatively large degree of autonomy. Often the Tusi kingdoms outlasted the changing dynasties. The kingdom of the Tujia in Laosicheng lasted more than 800 years.

“We applied to the UNESCO and hope that the Tusi capital would be accepted as a World Heritage site,” explains our companion from the local government. In a small village next to the excavation site, we are meeting Wan. The 17-year-old girl works in a vocational center and learns how to weave and embroider thousand-year old Tujia tapestry. Wan returned from the provincial capital to her home village.“I didn’t like the city. I was a waiter in a restaurant. When I heard that there are jobs here, I came back,” says Wan without averting her eyes off her weaving loom.

“With this development project, we not only try to keep the cultural heritage of traditional handicraft alive but also prevent the graying of the villages. Wan is a success story,” explains the government official. “Meanwhile, she has even managed to rebuild her family’s house.” The women at the heritage site receive training for six months. During this time they get paid a small allowance. In addition, they receive the income of their handicrafts. The Amity Foundation supports the training and empowerment of these Tujia women and girls by contributing one-third of their monthly allowance. The rest is paid by the local government. In July 2015, three Tusi excavation sites were included on the World Heritage list.

You are donating to : Empower women and support Tujia communities and culture