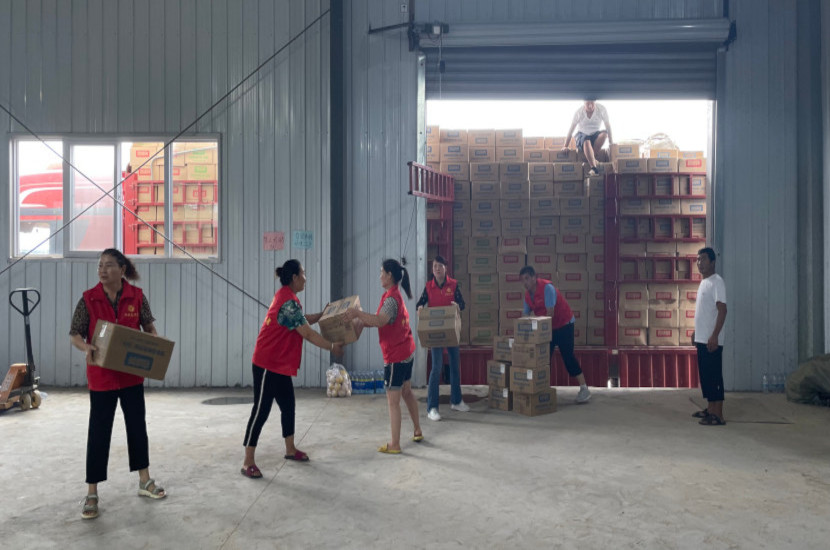 Donate for the people affected by the Henan Flooding

The Amity Foundation, Hong Kong, has been granted 7.969 million HKD from the Hong Kong Disaster Relief Fund to provide emergency relief to the flood victims in Henan province. The grant has been approved by the Hong Kong government on August 9, and will support 18,800 families (around 56,400 beneficiaries) with emergency supplies in 2 cities and 2 counties, which were severely affected by the natural disaster. In total, the Amity Foundation is going to distribute 376,000 kg flour (20kg for each targeted family), 18,800 bottles of oil (5 liters per bottle) and 18,800 sets of quilts.

While the Amity Foundation continues to distribute emergency relief supplies to people living in temporary shelters and in affected areas, Amity staff also prepares for transitional resettlement, post-disaster recovery and reconstruction in the near future.

Since the last week, people in Sichuan and Hubei Province are suffering from torrential rain and deadly flooding, too. Extreme weather events are becoming more frequent as a result of climate change. The Amity Foundation will continue to monitor the situation closely and act accordingly.

As of August 2, the Henan government reports 302 casualties and 50 people missing due to the catastrophic floods, which affected more than 14.5 million people in 150 counties and 1,663 townships. Over the last week, the Amity Foundation continued to bring relief supplies to the people in affected regions and communities.

Thereby, Amity is working closely with local communities and organisations, relying on numerous volunteers supporting Amity’s transportation and distribution of the emergency supplies. Alone in the two transit depots in Xinxiang and Hebi, through which Amity is channeling relief supplies to the affected regions, more than 300 volunteers contributed their time and energy to support the logistics and help the people in need.

Teams of Amity staff has been dispatched to the disaster areas and is closely observing and assessing the situation. Relief supplies are provided according to the needs of the communities and local organisations which are directly affected and involved in the rescue and relief work. The diverse emergency relief supplies do not only include daily necessities as water, food, sanitation, disinfection and temporary shelter items, but also machinery that supports infrastructure, logistic and rescue operations as boats, pumps and generators.

According to reports as of July 27, heavy rainfall continued in Henan Province and has affected over 13 million people in 150 counties. The death toll rises quickly and has reached 71. In addition to human casualties million hectares of crop and infrastructure has been destroyed leaving million people in need for life-saving emergency supplies.

Amity has dispatched 7 staff to the affected regions who are overseeing Amity’s relief distribution program, assessing the situation and coordinating with local partners and volunteers. According to the needs of the people, Amity continues to support the people suffering in Henan with needed emergency relief supplies.

Up to 4PM July 24 (Beijing time), the heavy rainfall inundating Henan Province had made 9.4 million people in and in 137 counties (cities, districts) in the province suffer. The death toll had risen to 58 and there are 5 people missing. More than 0.8 million people had been evacuated, and over 1 million resettled. The population in need of emergency relief assistance reached 0.45 million.

The Amity Foundation launched a disaster relief response in the early morning of July 21 and dispatched four employees to Henan for rescue on the 22nd.

Up to July 24, some areas in Xinxiang and Hebi city are still inaccessible due to traffic interruption caused by the deadly floods. With the help of Amity local partners, Amity Foundation found two transit depots in Xinxiang and Hebi. With the transit depots, large quantities of supplies such as 48,000 boxes of self-cooking meal, 40,000 boxes of milk, 264,000 bottles of drinking water, 1,055 pairs of socks and 314 pairs of underwear had been delivered from different places to the warehouses. After road traffic resumes, Amity will deliver the supplies to these areas as soon as possible.

Apart from supplies stored in the transit depots, Amity has more supplies delivered directly to other affected areas in Henan Province, including drinking water and food, and life necessities.