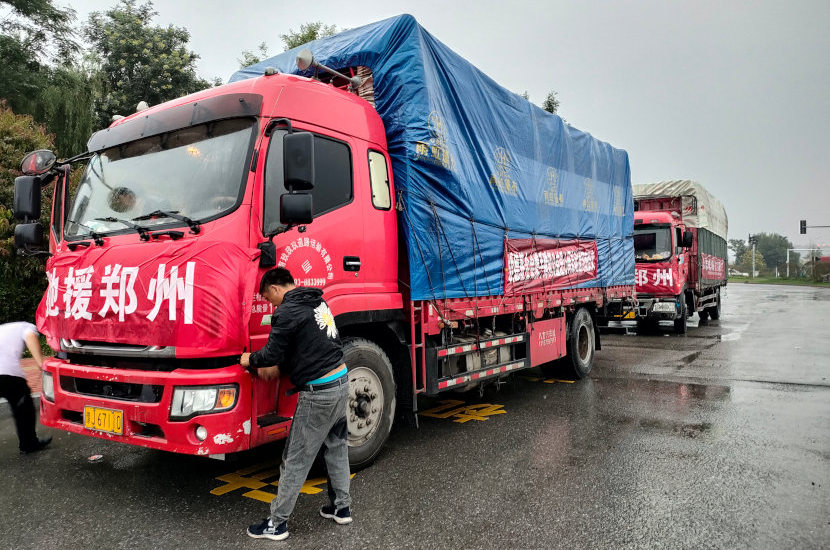 As in an unusually active rainy season, Henan Province of China has been hit by storms since the last weekend. 73 rainfall stations in Henan Province recorded over 500mm rainfall cumulatively. Recorded maximum rainfall reached 875mm. Heavy rain caused serious floods across Henan Province. According to reports, a population of 100,000 has been relocated to safe places, 33 death recorded and 8 people missing in Zhengzhou, the capital city of the province. The Amity Foundation responded immediately. Up to 11am July 21 (Beijing time), Amity had raised RMB 3 million and had cooperated with frontline partners to conduct need assessment.

Amity and partners have started to procure emergency relief goods and distributing them to the affected areas. The emergency supplies include water, food, hand sanitiser, mosquito repellents, alcohol wipes. Additionally, Amity donated boat motors to a volunteering rescue organisation in the county most affected by the flooding. Amity will continue to keep a close watch on the situation on the ground and continue to bring relief supplies to the people affected by the natural disaster.

You are donating to : Amity responds to Henan Flooding