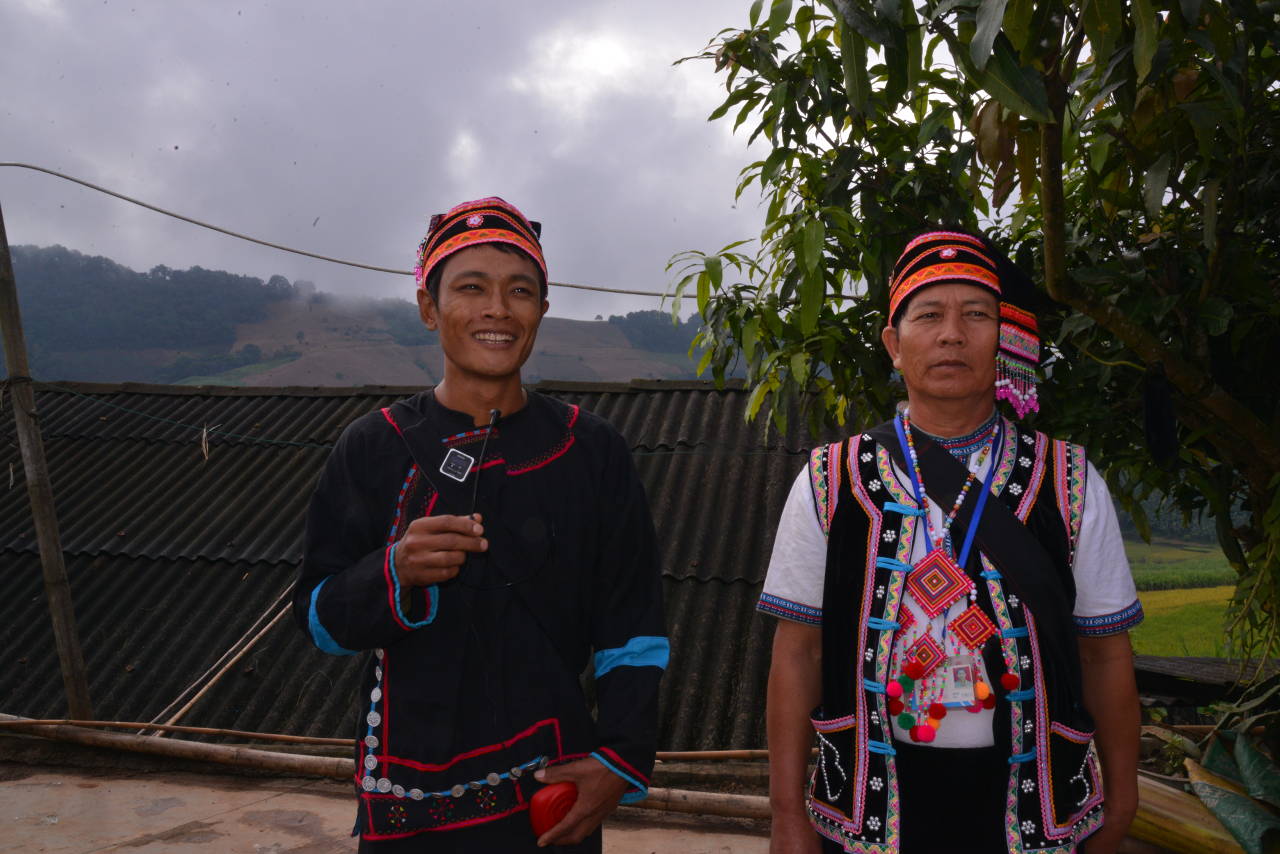 Amity’s media team organized an exposure tour for journalists and reporters to visit Amity’s project ‘Revitalization of Villages, Together on the Philanthropic Journey’ back in 2018. When they traveled through what is known as colorful Yunnan, they were looking for local interview partners to better understand the project. Everybody recommended Li Jianghua as the speaker for this occasion. He is a young man, 27 years old and ethnically Lahu.

“Welcome to Lagu Village. I am Li Jianghua.” Although he is facing nearly ten reporters from the main-stream media who had come from different places around the country, Li Jianghua isn’t nervous and doesn’t get stage fright. He confidently and passionately relates the story of the huge changes which had come to himself and the people of Laga village over the last six years because of the Amity Foundation project.

“Amity supported a road construction project for the village, improving the roads in our village; we can now drink clean water right near our homes because of the project to bring drinking water for people and animals; everybody has changed in that we now enjoy showering after putting in solar hot-water systems; the village now has planted coffee, and we will soon be harvesting it……”. His language is plain and simple and you can feel his sincerity as he gives such vivid examples. The visitors give ‘thumbs up’ to this young man with ruddy skin and a cheerful disposition. Everybody thinks that he had been born and grown up in Laga village, as he knows the past and present of Laga village like the back of his hand.

But actually, that’s not the case. Li Jianghua’s family is from Lancang county. He married a Laga village girl in 2012, and moved to Laga village at that time. The same year as Amity projects – both came to Laga village in 2012. Li Jianghua is very fortunate as an ‘outsider’. The Amity rural development association was set up not long after he came to Laga village. This provided him with a great opportunity to assimilate into Laga village and get underway in his new life. He immediately applied to join the Amity association and quickly became its backbone. He organized the villagers to establish an ethnic minorities arts and culture performing troupe, to get information out into the community about health and hygiene, to hold a public speaking competition for the people of the village, and to make the village look its very best … he was extremely busy.

“When it first began, nobody even knew what an association was, but after they saw the changes in the village, they’ve slowly come to the point where they lean on the association……” In one burst of busy activity after another, this ‘outsider’ gradually became part of Laga village. 2014 was a memorable year for Li Jianghua. He was elected as the secretary-general of the Amity Farmers’ Development Association for Laga village because all the members trusted and supported him. Li Jianghua interpreted this as meaning that he was no longer an ‘outsider’ but instead, he was slowly becoming a community leader in the village. For Laga village, however, this meant that the village was becoming less isolated. The whole village was quietly transforming into one which was more willing to incorporate things from outside and which was increasingly confident.

“I never expected Li Jianghua to speak so eloquently! The Amity project really builds people up!” Lin Jianmei, Amity’s local partner in this area, sighs deeply to Amity staff after hearing Li Jianghua’s torrent of speech in his presentation to the visitors from the media outlets. “I remember when the Amity project had just started in Laga village. When the local people saw us come, they took to their heels and ran. They hid in their houses and wouldn’t come out. Li Jianghua was like that too. When I first met him back then, he was friendly but extremely introverted, shy, and unable to express himself well. The changes between then and now as far as the mental outlook and disposition of him and his fellow villagers is huge!”

Lin Jianmei keeps saying, “The changes in the people of Laga village makes me feel more and more that ‘developing people’ is the most central, most precious part of Amity projects.”