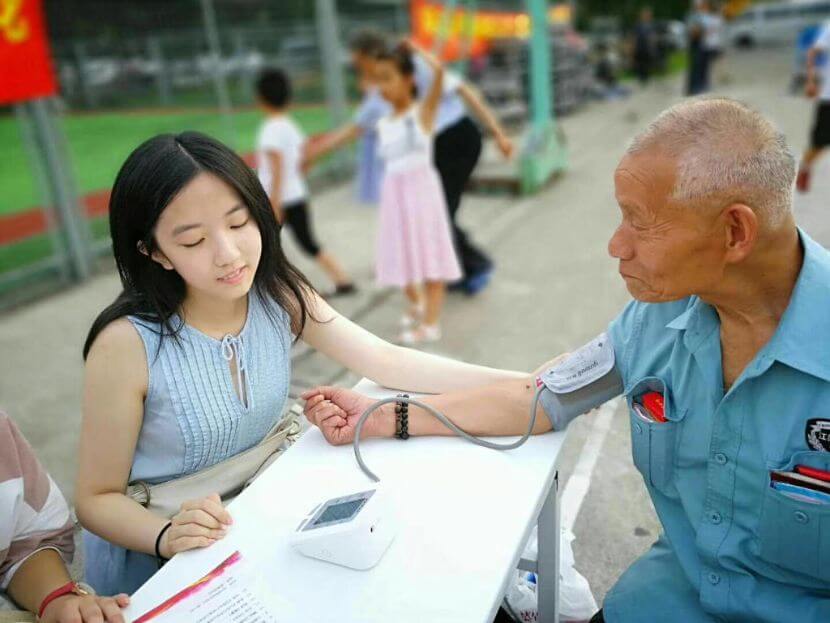 “It’s always like this… you all come for a while, and then leave so soon.” That was what Danny, my 10-year-old student attending the Amity Summer English Camp in Peitian Village (Fujian Province), said as he wiped his own tears. He had left the classroom that afternoon very suddenly, and since I wasn’t teaching at the time, I went and found him standing outside on the balcony of the school.

I felt the pain in his words. Peitian Village, in the last decade or so, was striving to preserve its ancient Chinese architecture and generations of traditional village lifestyle by improving its economy through tourism. As a result, the ancient village frequently received visitors from tour groups and volunteer exchange programs. There was no doubt that Danny and others had seen their fair share of voluntourism – a self-centered form of attaining rare opportunities and travel experiences disguised as “short term service work”. How would you feel as a young child growing up, seeing all these people moving in and out of your own community, taking away the most luxurious and delightful parts of it as travel memories without any regard for understanding the local people and the authentic lifestyle and culture?

“Us coming and leaving so quickly… kind of makes it seems like we don’t care, right?” I smiled at Danny. “You’re right you know. It’s wrong for people like us to come to your hometown, to offer help, and then leave without changing much. I really haven’t helped any of you, but you’ve all helped me so much, and I’ve learned so much from all of you.” His concern was meaningful and important, and one that not enough people in the world thought about. But after two years of doing service work for Amity, I knew Amity was the type of organization that would encourage this kind of thinking, especially from the communities it got involved in.

A month before I was sent to Peitian to run this year’s Amity Summer English Camp, I remembered having a similar conversation with my adult students at Amity’s Xigang Home for Adults with Disabilities. I served as volunteer there for a month, offering them company and teaching them ballroom dancing and playing piano (whatever I was capable of teaching that they wanted to learn) in the afternoons. Since I was with them all day, I observed several local volunteers and college students who visited throughout that month, who would come to coordinate an activity for the adults for an hour or so and leave. During a conversation I had with the adults, they said, “Those volunteers come all the time. They just want to tell us what to do, as if we can’t do it ourselves. And then they leave and it doesn’t matter if we liked the activity or not. They never talk to us. We’re people too. We have so much to say.”

And that broke my heart, because I didn’t think I was in any different position. I also would leave eventually, and frankly, I was not their actual teacher but a volunteer. But on the last day, during our very last ballroom lesson (we learned the swing together!), the adults surprised me with a farewell party. “We want to thank you for caring about us and listening like we’re your friends and family. For giving us confidence and teaching us to teach ourselves how to dance. We hope you come back some day… we’ve always thought of you as our own.”

After my conversation with Danny, I really thought about my position in this camp, and how our team could make not just the most meaningful but also sustainable improvements to these children’s lives. Help is meaningless if it is not sustainable enough to become self-help. We shifted the objective of our curriculum. The camp was no longer about providing English education to rural communities that lacked access to it. It was about cross-cultural exchange, understanding English’s growing (and concerning) presence in China, and building a solid linguistic foundation of English as a second (or third) language so that those who were truly interested could continue learning the language after we departed.

You are donating to : Showing you care